Member: Put A Bird On It! 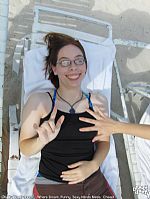 OtakuBooty is open to everybody. Anybody can browse the profiles, and find out about other single otaku.

Registered members get extra benefits like being able to post their own profiles for the world to see. Becoming a member is cheap and easy, just like Shilarva's mom.